Posted at 17:19h in by Citrus Studios 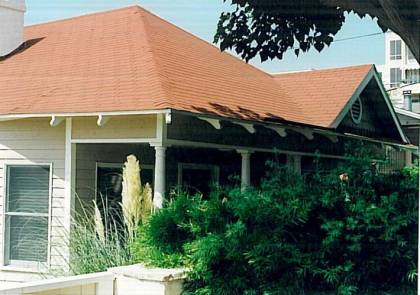 As you walk along these shady streets note the various housing styles. Overshadowed by multi-unit condos and apartment buildings, many bungalows from 1920’s -30’s survived and were remodeled playfully into MINI-MAISONETTES.  Snuggled on tiny lots, the Spanish-themed cottages originally housed railroad workers, as well as families of local business owners. In the 1930’s the area became fashionable for interior designers, many of whom ”decorator-ized” the cottages with flamboyant details, including French-themed facades, exaggerated doorways, mansard roofs, manicured hedges, and giant accessories.

Of special note, 8914 Cynthia Street was built in 1905 and is part of the City of West Hollywood’s Old Sherman Thematic Grouping.

Continue two and a half blocks west on Cynthia Street to the corner of Wetherly Drive. Look across the street at the First Baptist Church.