Posted at 17:13h in by Citrus Studios 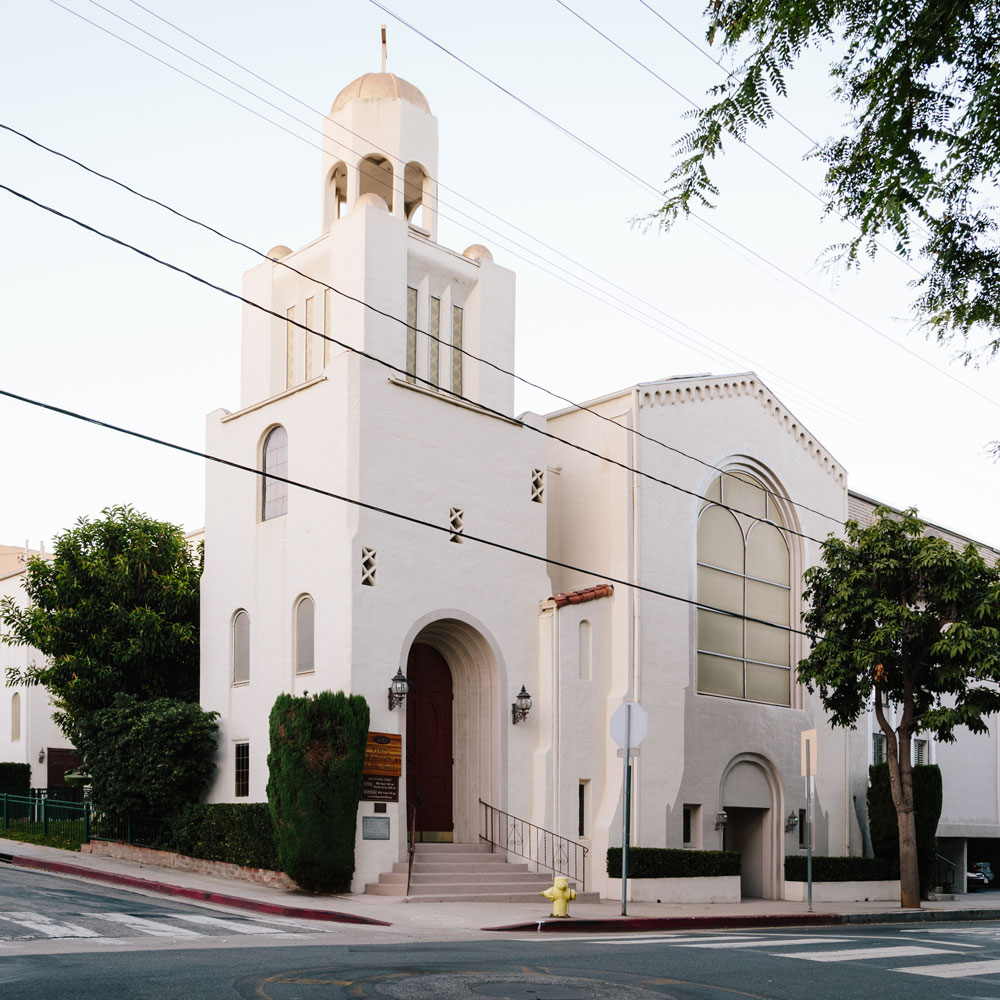 THE FIRST BAPTIST CHURCH at 9025 Cynthia Street, which housed members of the Dutch Reform Church in 1924, is the only remaining church from the Town of Sherman. Noted especially for its stained glass windows, the building features, a gabled roof with red clay tile edge, arched corbelling on the cornice, and an unusual square top tower topped with an octagonal cupola and stucco dome.

The church also boasts a rare remnant of 19th century Sherman. In 1890 a 324-pound copper bell was installed by the Pacific Electric Railway at their Sherman Terminal, presently the location of the Pacific Design Center (Tour Stop 1), where it chimed out salutes to arriving and departing rail passengers. In 1920, the bell was sold to the West Hollywood Community Church on the corner of San Vicente Avenue and Cynthia Street (Tour Stop 5). Here it rang to sound farewells to deceased locals, celebrations of national holidays, and warnings for community emergencies.

When the church burned in 1940, the only thing salvaged from the ruins was the bell. When a replacement church was built, it was polished and hung in a newly built bell tower, but was walled up at the request of neighbors who did not appreciate the noise. In the 1990s when the fire department demolished the church to build its new station, the bell was rediscovered and put aside. Eventually, it was moved here to the First Baptist Church.

To see the bell for yourself, cross Cynthia Street and walk a few feet up Wetherly Drive, where you will find it on display in the church’s garden area. You are now looking at the last piece of the Sherman Rail Yards left in West Hollywood.