Posted at 17:09h in by Citrus Studios 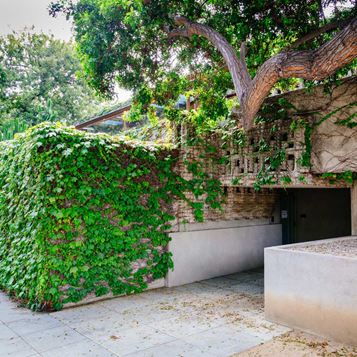 One of the region’s most remarkable houses, THE LLOYD WRIGHT HOME AND STUDIO was designed in 1927 by Frank Lloyd Wright’s eldest son, who lived and worked at this site from 1927 until his death in 1978. Here Lloyd Wright designed many important structures during his career, including the second Hollywood Bowl shell and the Wayfarer’s Chapel in Rancho Palos Verdes.

This intact two-story home and studio is a prime example of modern architecture’s use of new materials and technologies, rational planning, and standardized building parts. It reveals Wright’s success at combining wood-framed construction with the concreate textile block construction techniques developed by his father in Los Angeles in the mid- 1920’s.