Posted at 17:43h in by Citrus Studios 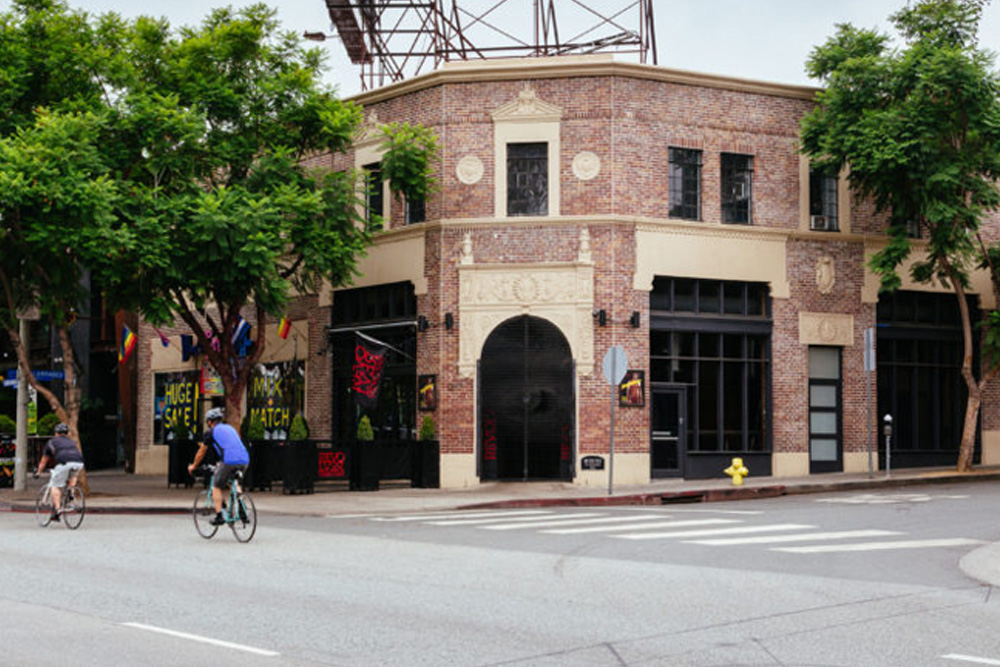 This is the GABLE and WYANT COMMERCIAL BUILDING, constructed in 1925. This is the site of Sherman’s first store, owned by the postmaster and local landowner Thomas Quint in the 1890’s. The second floor served as administrative space for the Sherman Township’s court, health offices, town meetings and permit office. The corner space is occupied as a bar with other commercial uses on either side along both streets.

Sherman’s first businesses lined Santa Monica Boulevard, which was once a narrow dirt road. The street was widened in two phases in the 1920’s, first by the Sherman Township and again by the State when Santa Monica Boulevard was designated State Highway 2. Originally the electric trolley tracks ran along a median strip. Beginning in 1999 all of the tracks were removed when the Boulevard was reconstructed. 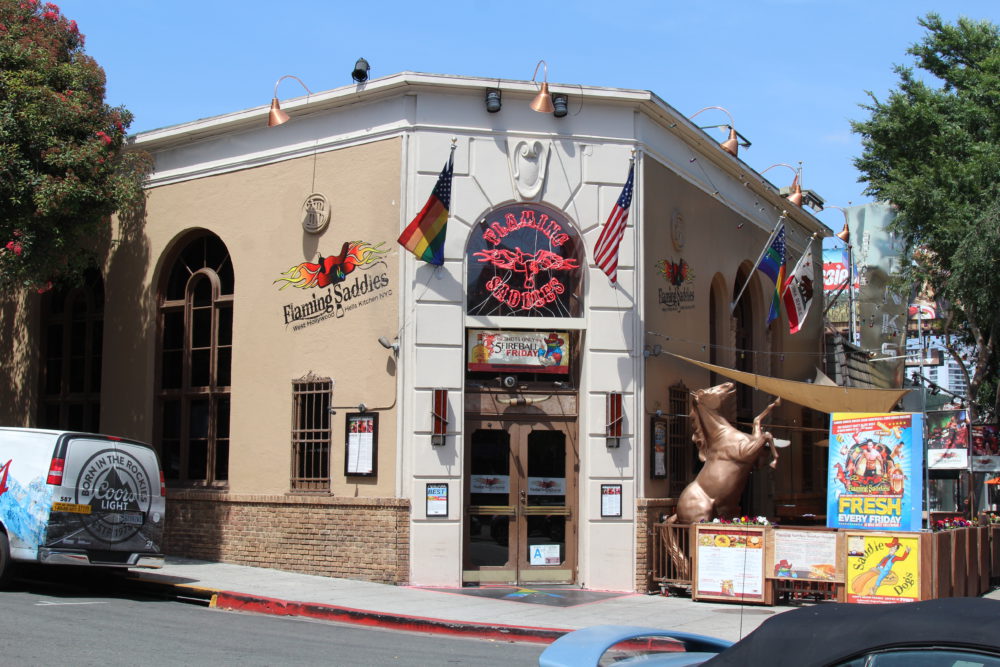 Built in 1922 and designed by architect Asa Hudson, the FIRST NATIONAL BANK OF SHERMAN building was also home to Larrabee Studios, which was once owned by songwriting team Gerry Goffin and Carole King and, in addition to recording music for The Brady Bunch, was later used by Donna Summer, the Village People and Prince.

Both historic buildings embody the Italian Revival style with their vertical emphasis, large circular arched and pedimented windows, heavy stone lintels and dentillated molding, medallions and decorated frieze panels. The mid-1920’s witnessed the shift of Sherman from a small town to that of growing, economically diversifying community with the Chamber of Commerce changing the name from Sherman to West Hollywood in 1925.

Turn around and walk back to San Vicente Boulevard, turn right and walk 450 feet to the white house at 840 San Vicente. Look across the street at the three blue houses.