Posted at 17:52h in by Citrus Studios

This self-guided walking tour explores West Hollywood’s most historic and culturally significant landmarks. The Old Sherman neighborhood is a collection of sites that harken back to the earliest days of the city’s history. These buildings and sites played an integral role not only in the development of West Hollywood but also as a major contributor to the history of Los Angeles County. This tour is designed to introduce residents and visitors to the rich historical and cultural fabric of “Old Sherman.” 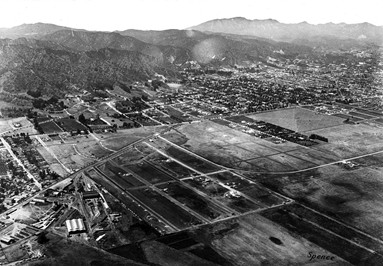 The city known today as West Hollywood was originally inhabited by Gabrielino Indians who lived in the canyon areas at the base of the Hollywood Hills. These Native Americans also traveled from the inland village of Yang-na near present-day downtown Los Angeles to the coast, using a trail that is today the route of Wilshire Boulevard. In the aftermath of Spanish arrival and Mexican colonial periods, West Hollywood was part of Rancho La Brea, which was granted to Antonio Jose Rocha in 1828. After Rocha’s death the land passed through the hands of Major Henry Hancock, the City Surveyor whose nephews sold the land to real estate and transportation entrepreneur General Moses Sherman and his business partner Eli Clark. From 1896 until 1924, West Hollywood was known as Sherman.