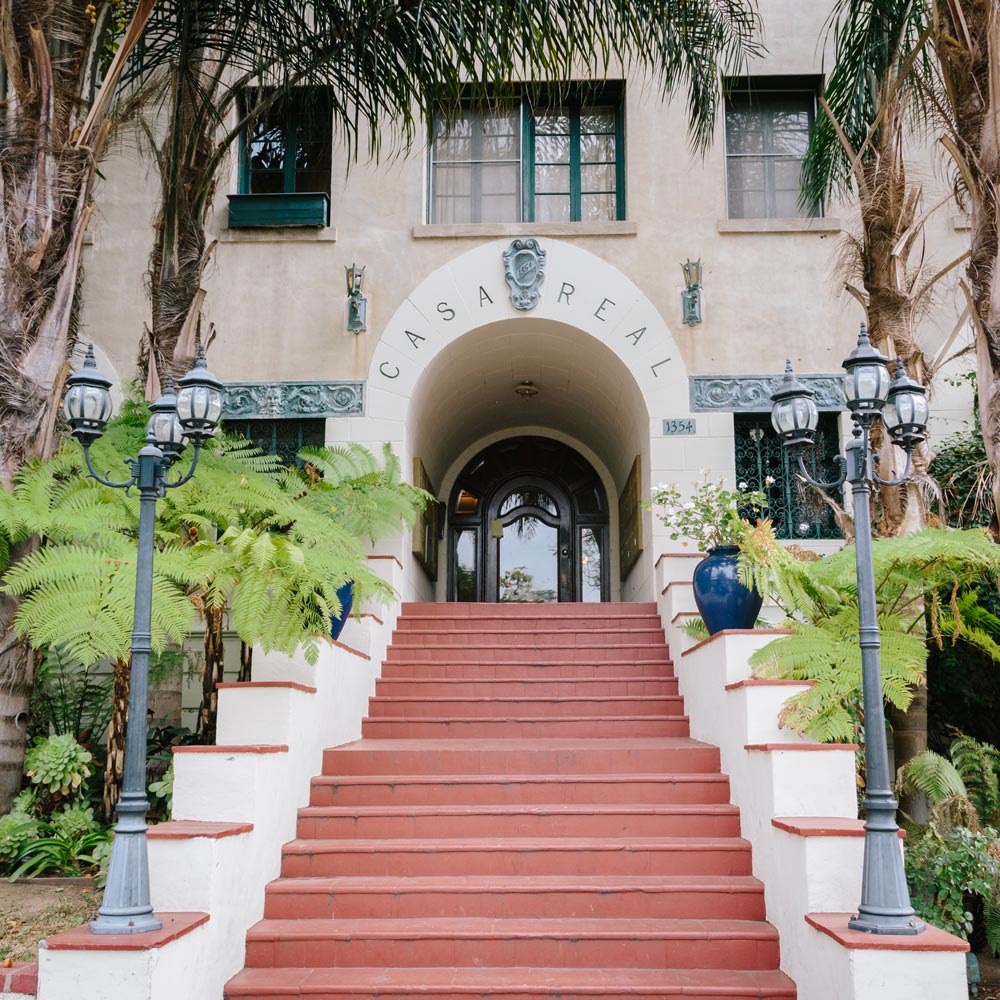 Casa Real, constructed in 1931, is part of the Harper Avenue Historic District. The buildings within the Harper Avenue District embody distinctive characteristics of various period revival architectural styles. The Mediterranean Revival structure at 1354 Harper Avenue incorporates arched apertures with subtle quoining, ornamental iron work, red-clay tiles on the roof and stairway and a band of decorative glazed tiles that evoke its style. The Harper Avenue District reflects significant patterns of growth and settlement in West Hollywood. The location of the district between Beverly Hills and Hollywood and adjacent to the developing Sunset Strip, made it an increasingly attractive residential area in the 1920s. The multi-family form and luxury of period revival styles were new to the West Hollywood community, which, until the 1920s, had been dominated with simple single-family development. (Photo Credit: Tony Coelho)