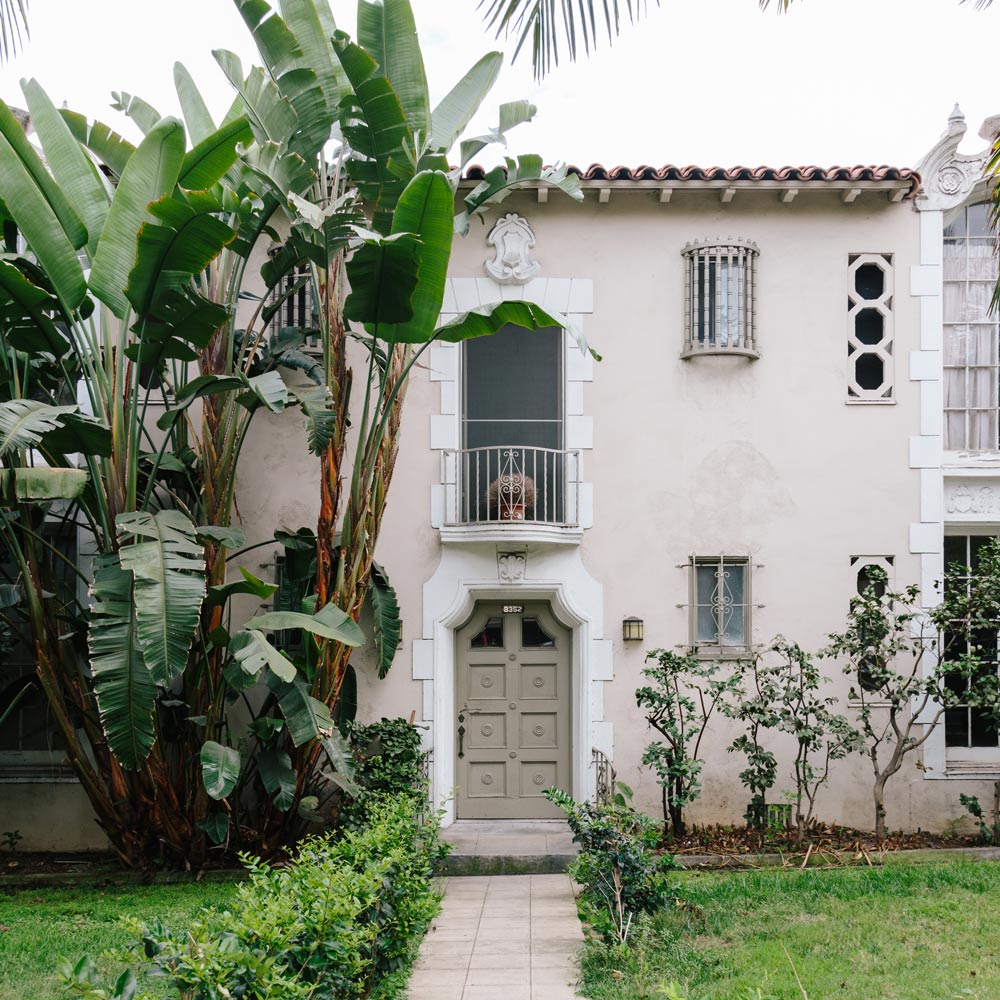 The two-story building located at 8352-8356 Fountain Avenue is constructed in the Spanish Colonial architectural style and features Churrigueresque ornamentation. The building was constructed in 1926, at a time when the expansion of the motion picture industry was attracting members of the industry to the Hollywood area. West Hollywood’s close proximity to the major studios made it an attractive place of residence for such individuals. Luxury apartment buildings were presumably constructed in the Fountain Avenue corridor to appeal to members of the industry who were transplanted from New York City and sought familiar housing types. (Photo Credit: Tony Coelho)