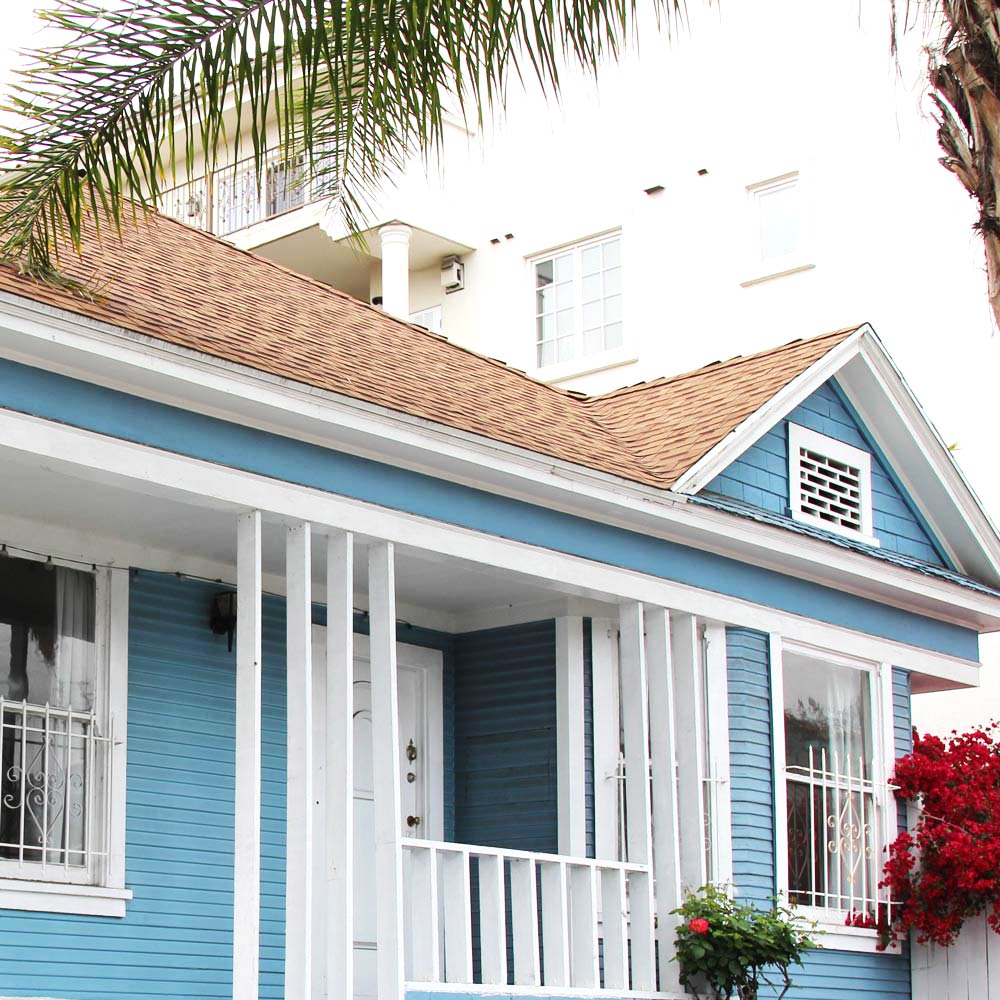 The property at 849 San Vicente, now part of the San Vicente Inn, was built around 1900 and is a contributor to the Old Sherman Thematic District. The buildings reflect a special element of the city’s cultural, social, and economic history and possess an integrity of location, design, setting, materials, workmanship, feeling and association because they are among the first residences of the town of Sherman; are located within the area of original settlement of Sherman; and possess common architectural elements, hipped roofs, narrow wood clapboard siding, simple endboards and window trim, extended eaves that are either boxed or have decorative brackets, and porches. The buildings have a unique location because they are all located within the area occupied by-the Town of Sherman in its early development. The buildings are identified with a significant event in local history, because they were part of the city’s founding. The simple buildings in this district formed the residential community from which West Hollywood developed and were homes to the City’s very first residents. They are representative of West Hollywood’s birth as a distinctive City and evoke its modest beginnings. (Photo Credits: Staff)